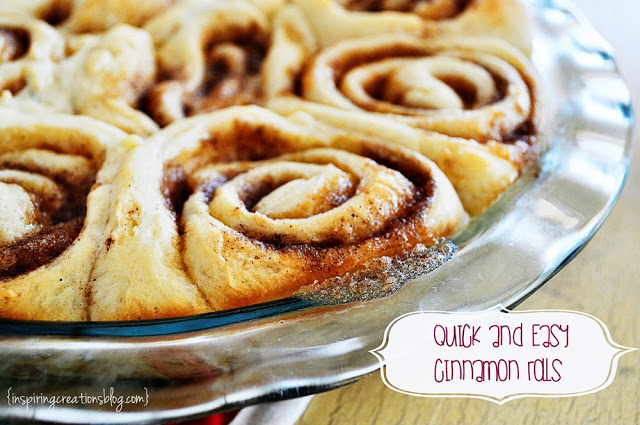 I don’t know about you, but I prefer cream cheese icing on my cinnamon rolls.  It really makes them that much better, and really who doesn’t like cream cheese frosting? 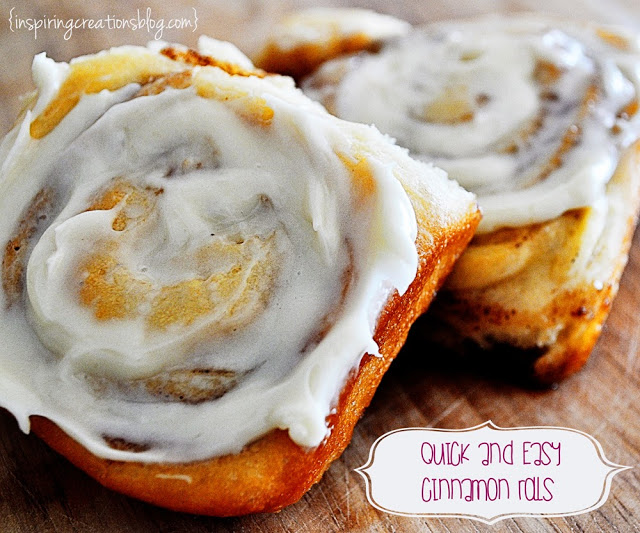 In a bowl combine:

Mix well, and set aside and let the yeast rise.

In a separate bowl combine:

Mix until combined, and then add yeast mixture.

Start by adding 3 cups of flour and mix well, keep adding flour until dough comes together about another 3-4 cups.  Knead the dough for a couple of minutes, then place in an oiled bowl and cover.  Put in a warm spot and let rise until doubled in size.

While it is rising make your filling mixture:

Mix together your brown sugar, flour and cinnamon in a bowl and set aside.

Once the dough is double in size, remove from bowl and roll out your dough into rectangle on an oiled surface.  Spread softened butter onto the dough and then sprinkle with your brown sugar mixture.  Press the mixture into the dough lightly.

Roll up into a log, and then slice into 24 rolls.  Place onto 2 greased baking sheets, and let rise another 30 min.   **I sometimes find it easier to separate the dough into two equal parts and roll out two rectangles – but this is a personal preference!

Once rolls have cooled slightly, frost with cream cheese icing.

Cream the butter and cream cheese until smooth, add powdered sugar and vanilla. Beat until smooth.

Now here is a story in pictures about a boy and his cinnamon roll:

Here’s Charlie excited to try out his momma’s home cooked cinnamon roll…..he did test out a bit of the frosting as you can see: 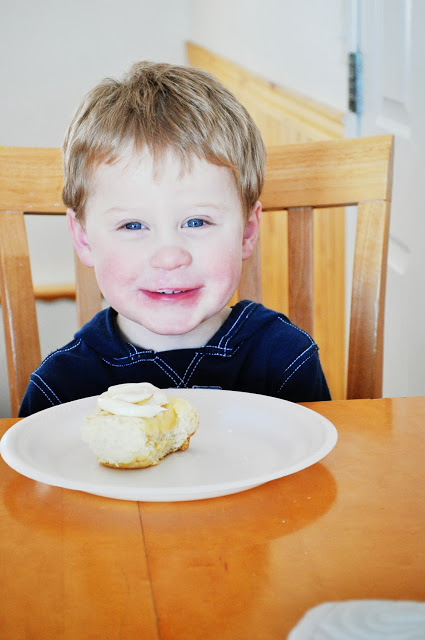 My blue eyed boy, not sure what to think about all that frosting… 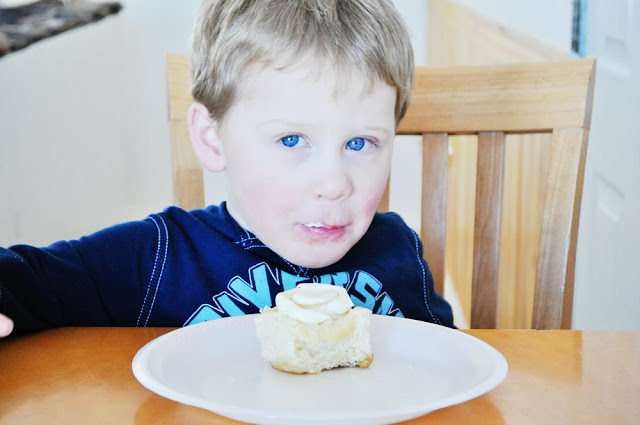 Charlie thinking about his plan of attack on the cinnamon roll… 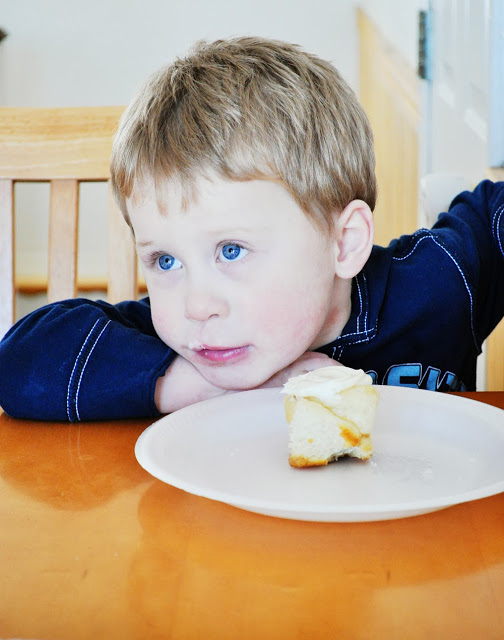 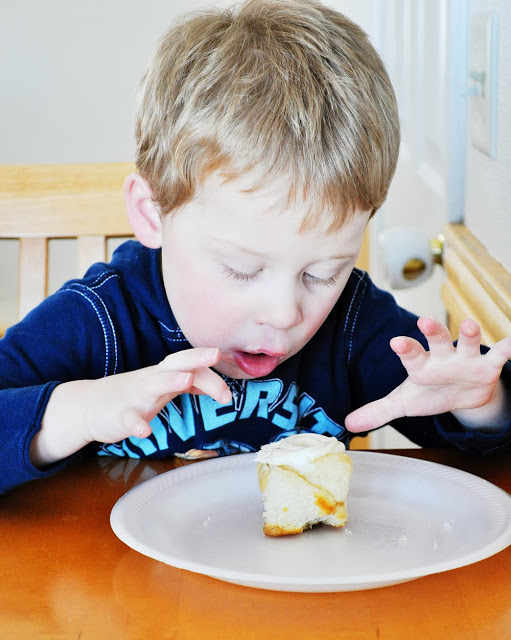 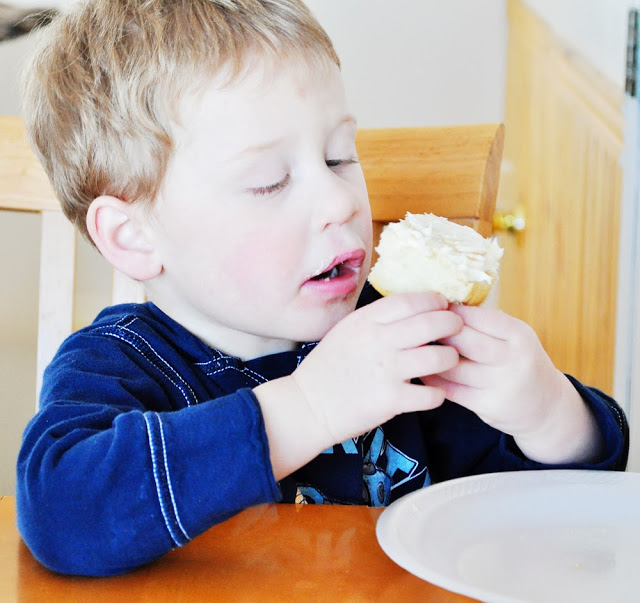 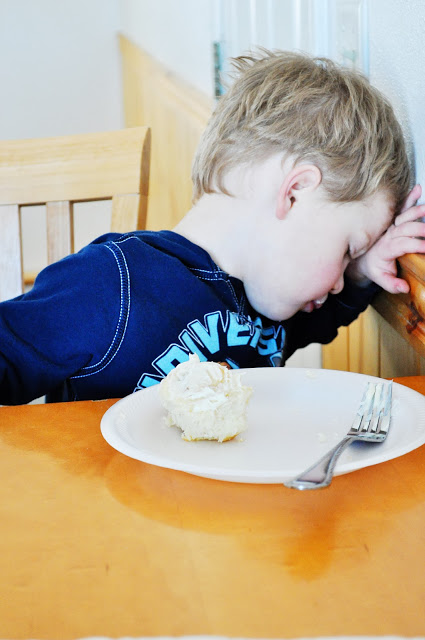 If Charlie ate these cinnamon rolls, then you know they have to taste good.  Charlie is an extremely picky eater and has a hard time trying new foods.  I am happy to say that this recipe was a winner and after he ate this cinnamon roll, he asked for another!

I am off to do some more quality control on the cinnamon rolls…I may or may not have already devoured two of these….

Talk to you soon,